Blog - Latest News
You are here: Home / Gear Reviews / Hunting from a Portable Pop Up Blind 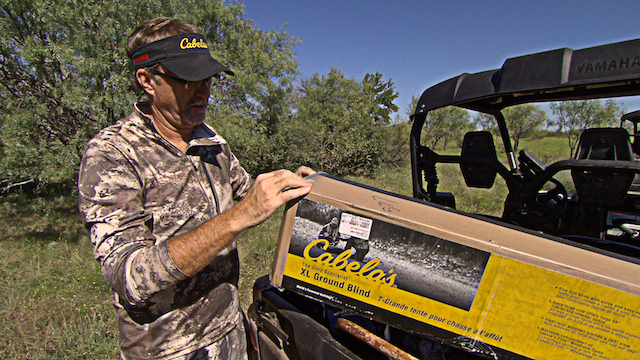 When you read the definition of a blind you find words like conceal, hide and being able to conceal one’s intentions. For me that last one really rings true when it comes to what I think a pop up blind is used for in regard to hiding my intentions to be able to hunt from inside the confines of a pop up blind. In most cases I use a blind for hunting whitetail deer. In addition to deer hunting, I’ve also used these portable hiding spots for hunting turkey, waterfowl, as well as, concealing cameramen.

I’ve had many great hunts from a pop up blind… as well as quite a few where I’ve been busted. Now I try to avoid the obvious mistakes such as not blending into the environment. Some of the keys to me when it comes to blending into the environment are brushing in the blind using brush from the area, not opening every window in the blind so that you can create darkness inside the blind and not sky lighting yourself.   In the end I preach to our hunters and team – let’s create our own bush and hide inside that bush using the pup up as a shell to help accomplish that need for concealment.

When it comes to picking a pop up blind off the store shelves I always ask myself a few questions with the first being what I am using it for. Are we going to be bow hunting or gun hunting out of the blind?  If we’re bow hunting we generally need a larger blind so that we can have ample room to draw the bow and maneuver for a shot versus a gun hunt where we need to be able to just get the gun out the window for a shot. Our next consideration is the window configuration.  The window configuration plays a big role in what we can or can’t do out of a blind. You as the hunter have to know what you like and need based on the hunt, your size, and desire for concealment.

Another consideration when it comes to choosing pop up blinds is the actual fabric it’s constructed out of.  Some blinds can last for several seasons when properly cared for while others you’ll be lucky to get a full season out of.  It’s not uncommon for us to put a blind out for an entire season and in those cases we’ll choose one that we know is built to last.

I highly suggest doing research on each blind and even going to stores like Cabela’s who often have several blinds on display so you can sit inside them, visualize the hunting scenarios you’ll encounter while looking out the windows to see what you can, and also to study the construction for your needs.

Finally, after you’ve bought the blind take the time to get it set up in a proper manner and location where you can find success.   For us we’ll clear shooting lanes as needed, anchor the blind down and really set it up in manner to help us be successful. 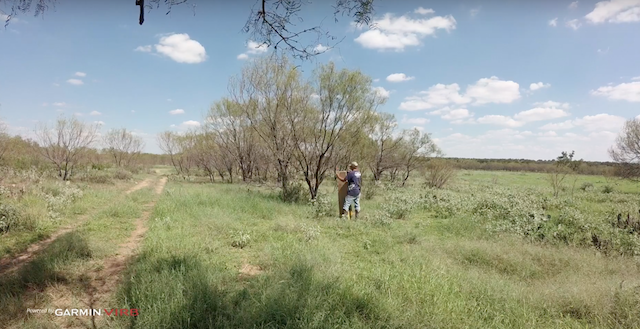 Make sure to scout several locations before setting up you pop up blind. 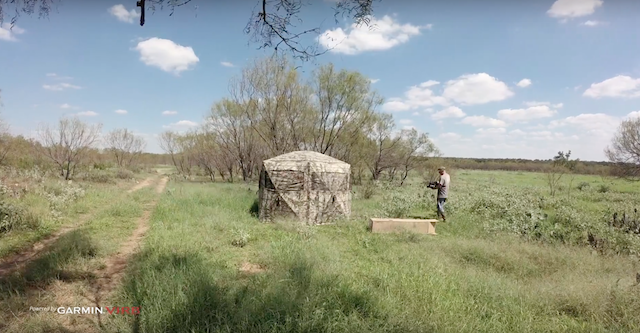 Most would stop here but there is still more work to be done. 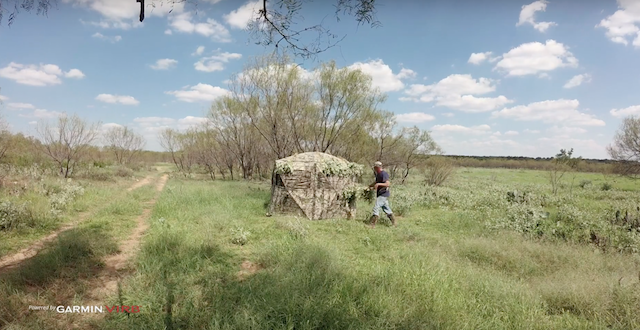 Brush in the blind using the brush from the area.

Avoid one obvious mistakes such as not blending into the environment