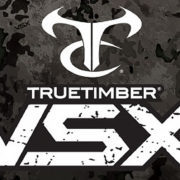 TrueTimber’s VSX was designed using our micro and macro schematics technology, making this pattern just as effective from the top of the highest mountain terrains to the wide-open prairies and southern woodland thickets. The strategic, non-directional shapes and texturization use lights and darks working together to break up the human outline at close and long distances. The colors are made up of natural grays, browns, and greens found across all outdoor environments and seasons, making this pattern extremely diverse and virtually invisible to any game you’re pursuing. Check out the BRAND NEW Cabela’s Instinct Hunting Clothing featuring the TrueTimber VSX pattern below. 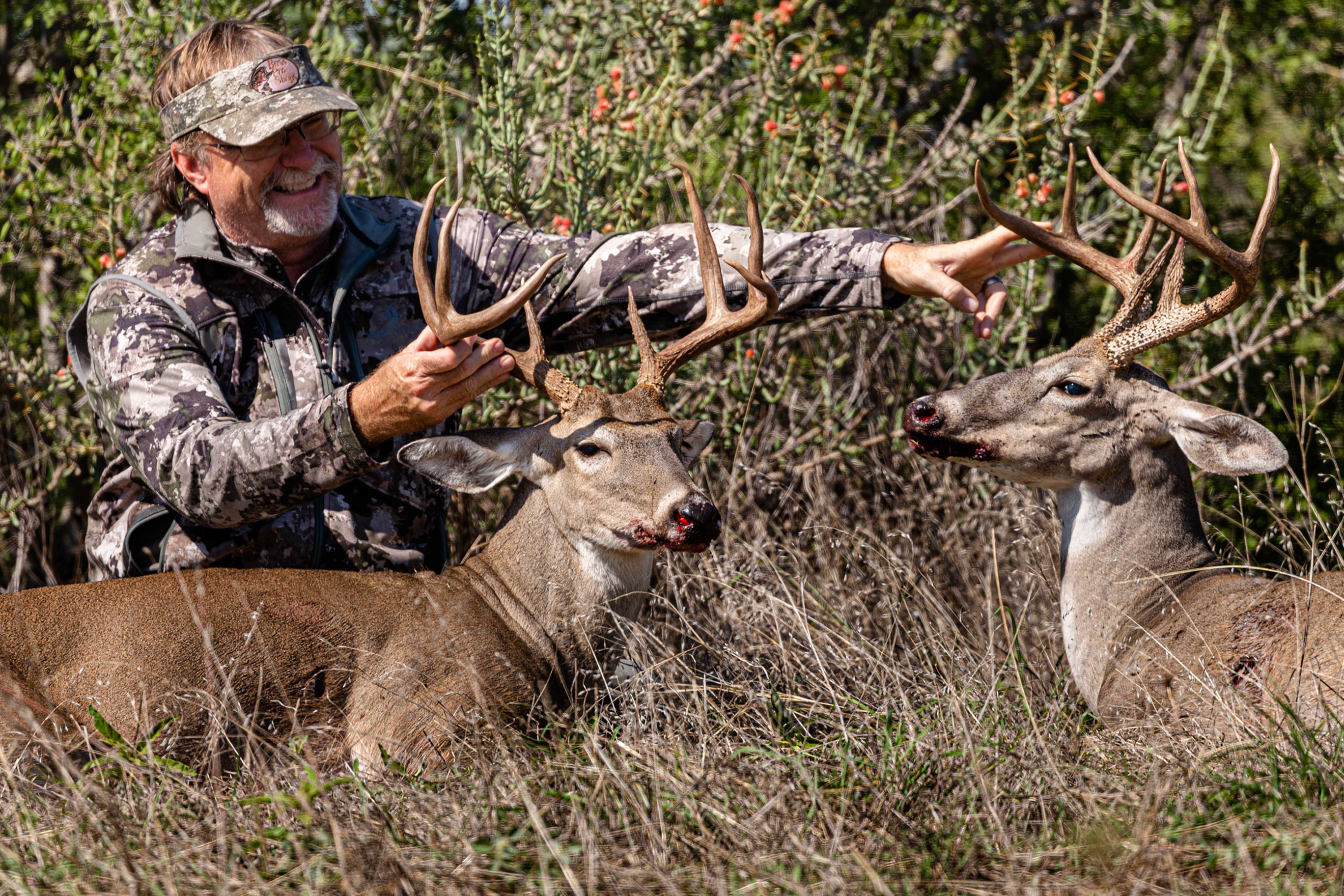 The True Timber pattern VSX design has proven very functional to me in several hunts already.  I’ve been in tree stands in Kentucky, ground blinds in central Texas as well as out in west Texas and what I’ve seen is this pattern blends in easily all over.   I’m very impressed with the color schemes of grays, brown, green and how it diverse it is for any terrain and any game.
I judge my hunting clothing on several key points such as how durable it will be, how functional it is, how quiet it is and finally how comofortable it is.  The Cabela’s Instinct lineup is one I’ve worn for many years basically since it’s inception and I’ve always found it to fit my needs regardless of it being 100 degrees or below 30 degrees when I’m in the field.
Ultimately you want your hunting clothing to perform the way it’s supposed to and the way it’s marketed to you so that at the moment of truth the last thing you’ve got to worry about is being cold, being noisy and being uncomfortable.
– Wade Middleton

Cabela’s Instinct Thermal Zones Pants With 4MOST INHIBIT For Men 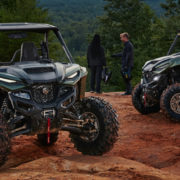 Yamaha Motor Corp., USA’s all-new, class-leading 2021 Wolverine RMAX 1000 Side-by-Sides (SxS) have been arriving at Yamaha dealers nationwide since their debut early last month. In addition, Yamaha plans to host a livestream on October 21 to discuss some of the market-leading features and benefits of the Proven Off-Road RMAX 1000 models.

Built with pride and Assembled in the USA at Yamaha’s state-of-the-art manufacturing facility in Newnan, Georgia, the Wolverine RMAX2 1000 and RMAX4 1000 are Yamaha’s latest revolutionary Proven Off-Road SxS vehicles available in two- and four-seat configurations. Yamaha dealers are already starting to receive the first production run, with more on the way daily from the U.S.-based factory.

“We’re excited to see the all-new RMAX 1000 models coming off our Georgia production line, arriving at Yamaha dealers across the country, and getting into the hands of customers,” said Steve Nessl, Yamaha’s motorsports marketing manager. “The core recreational off-road community immediately knew when we announced the RMAX2 1000 and RMAX4 1000 Side-by-Sides last month, this is exactly what they want and must have. It’s an exciting time for Yamaha, our dealers, and our off-roading family. With so many class-dominating features, the Wolverine RMAX 1000 lineup is a gamechanger, delivering customer-favorite features with Yamaha’s Proven Off-Road performance, durability, and reliability.” 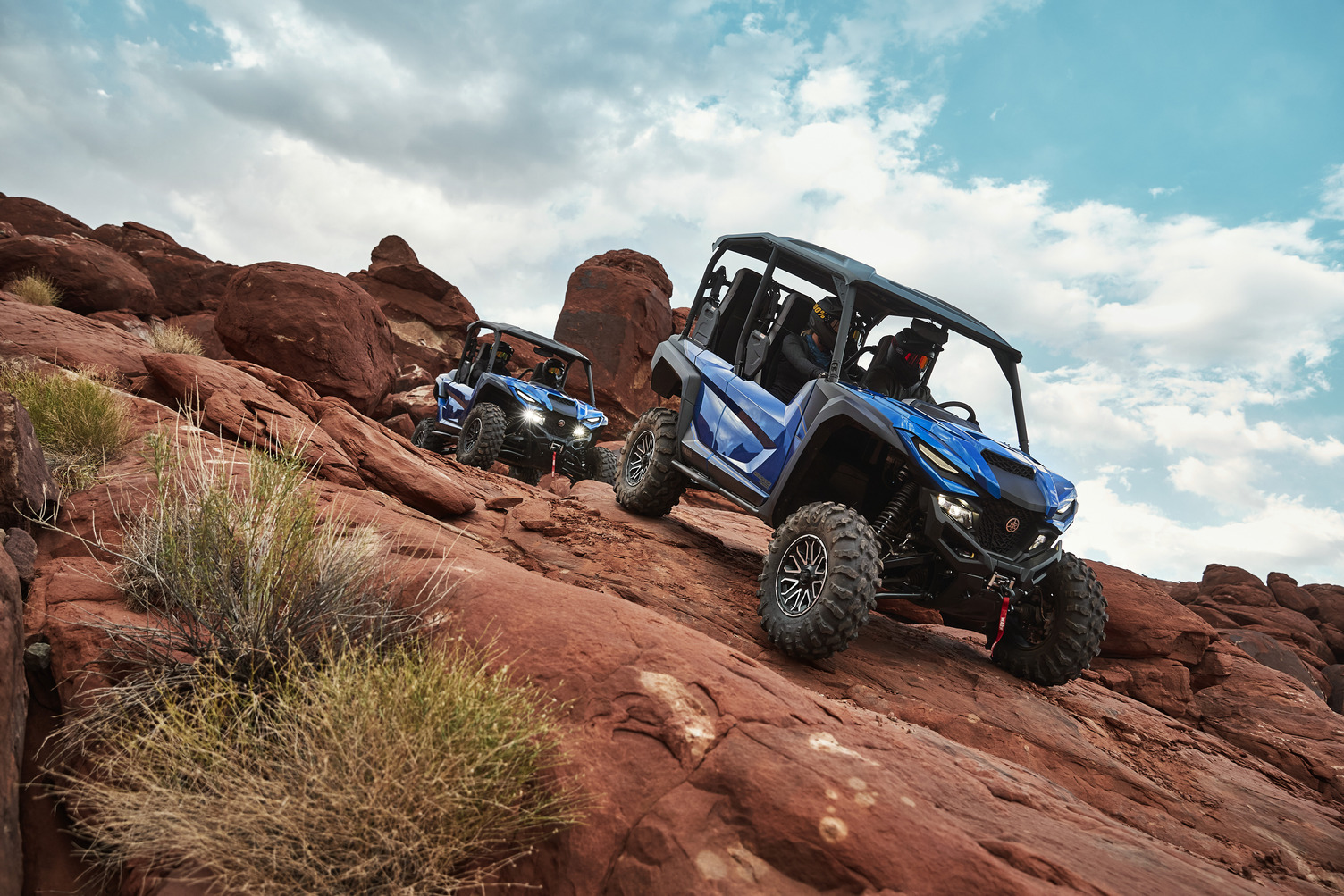 Following up the virtual launch in September, Yamaha is planning an in-depth public livestream with key personnel to discuss how these class-leading vehicles were developed, tested, and delivered as the new pinnacle of SxS performance. The event will be hosted on multiple Yamaha Outdoors social platforms at 6 p.m. EDT on Wednesday, October 21. Additional details will follow on the @YamahaOutdoors Facebook, Instagram, and Twitter social pages.

The virtual event will take customers behind the scenes at one of Yamaha’s shops in Georgia. Viewers can expect to see and hear what makes the all-new 2021 Wolverine RMAX 1000 lineup the Proven Off-Road class-leader in ultimate performance, extreme capability, power delivery, versatility, reliability, and cabin comfort. The presentation will even include a live Q&A session for attending viewers. 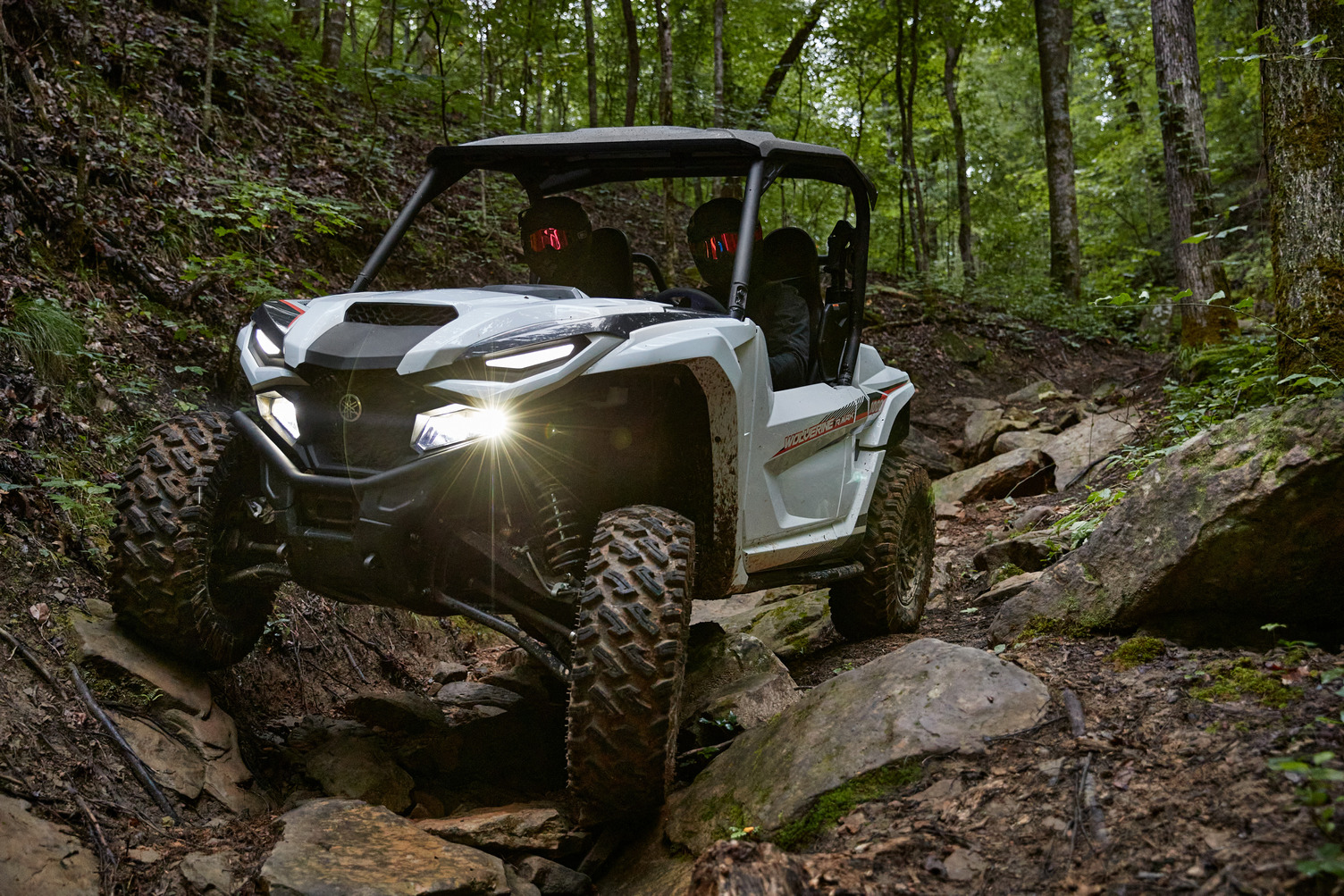 The 2021 Wolverine RMAX2 1000 is now available at Yamaha dealers nationwide starting at a $19,799 MSRP in Alpine White and Armor Gray. The Wolverine RMAX4 1000 in Armor Gray begins at $21,299 MSRP. Starting at a $21,999 MSRP and equipped with additional features, XT-R Editions are available in a new adventure-ready Covert Green color. LE models, which feature all XT-R upgrades along with Fox iQS intelligent suspension and a factory-installed stereo, are available in a new Cobalt Metallic with a starting price of $23,299 MSRP.

To find your nearest dealer offering the all-new Wolverine RMAX 1000 models, along with the entire Proven Off-Road lineup, visit YamahaOutdoors.com.