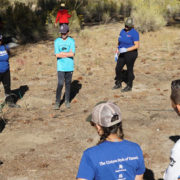 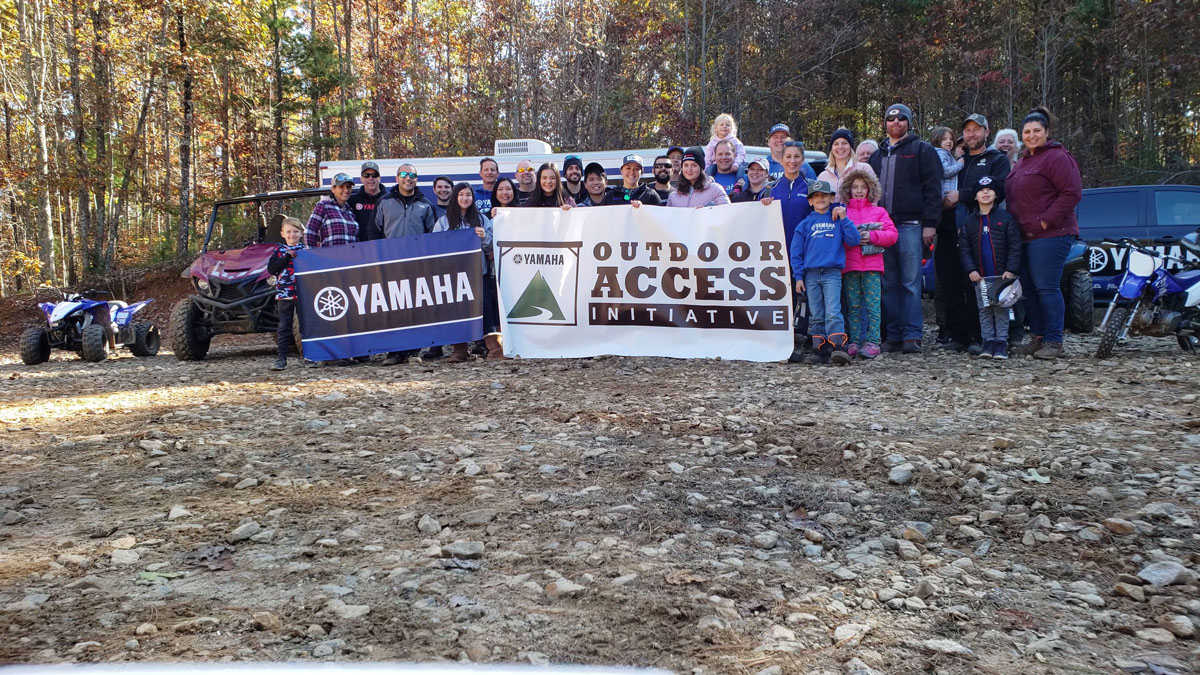 Yamaha Motor Corp., USA, employees continued their annual tradition of volunteering under the Yamaha Outdoor Access Initiative (OAI) in support of work projects on public lands – this year in both California and Georgia.

“Yamaha employees are investing personal time and actively working to protect access to land for outdoor recreation,” said Steve Nessl, Yamaha’s Motorsports group marketing manager. “What started with a small group of Yamaha volunteers in Southern California has grown over a decade into coast-to-coast efforts with employees in multiple states on two different National Forests getting hands-on with their friends and families. As shown from our dedication for over a decade, the Yamaha Outdoor Access Initiative is an important program to all of us at Yamaha and all who value our public lands.” 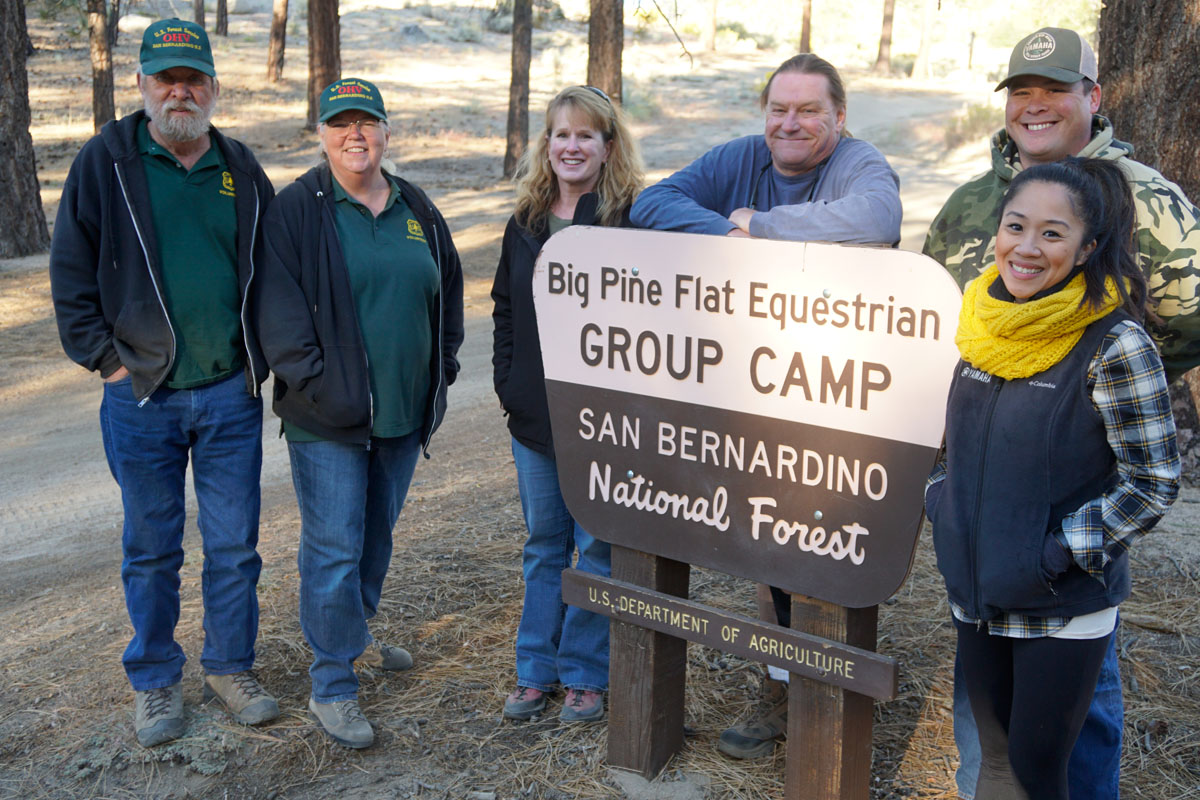 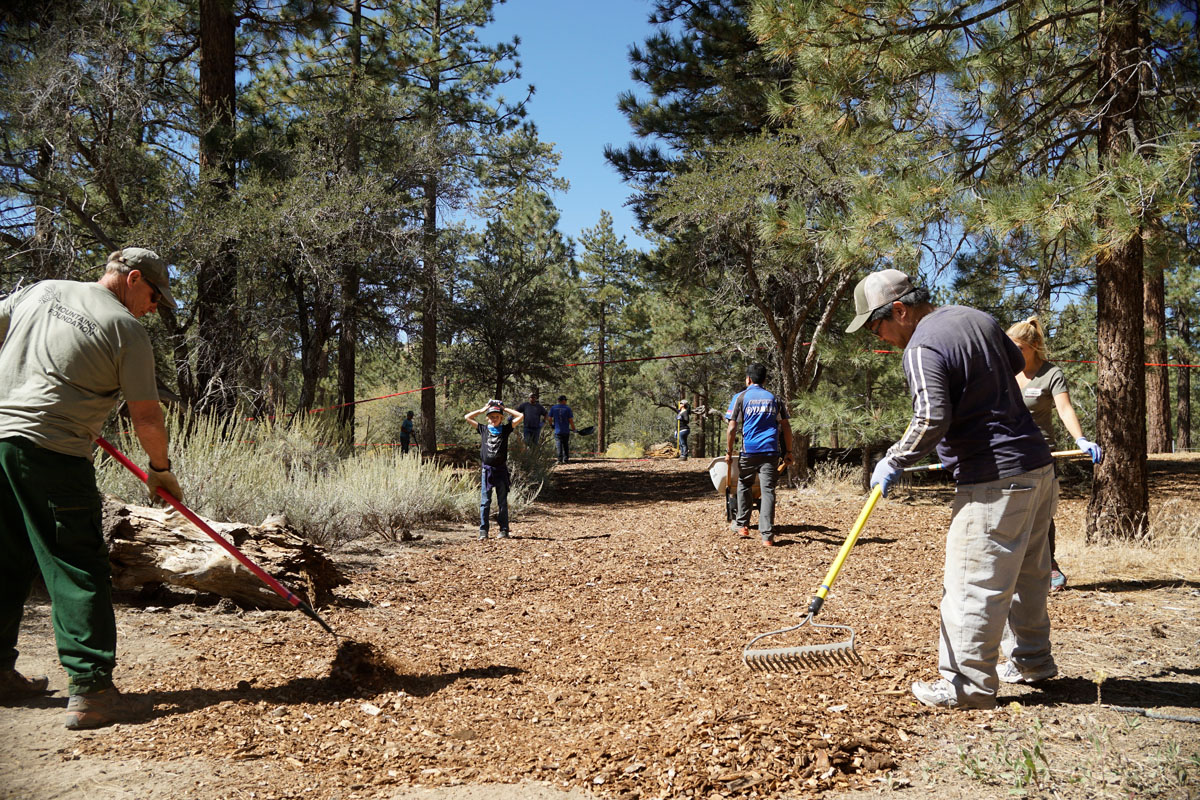 Then in November, Yamaha employees supported work projects in Georgia on the Davenport Mountain OHV trails in the Chattahoochee-Oconee National Forest alongside members of the United States Forestry Service (USFS) to clean and restore trails, along with improving entry for public recreation.

“Outdoor recreation is a major part of our lives, and with Yamaha’s longstanding history to giving back, and continued expansion in Georgia, we’re proud to grow the volunteer event to our new headquarters on the East Coast, allowing Yamaha employees across the country the opportunity to support and aid the outdoor community,” Nessl said.

For more than a decade, Yamaha OAI has led the motorized recreation industry in creating and defending access to land through efforts promoting safe, responsible use of OHVs, educating the public on proper recreational land use and wildlife conservation practices, and protecting appropriate and sustainable access to public lands for generations. 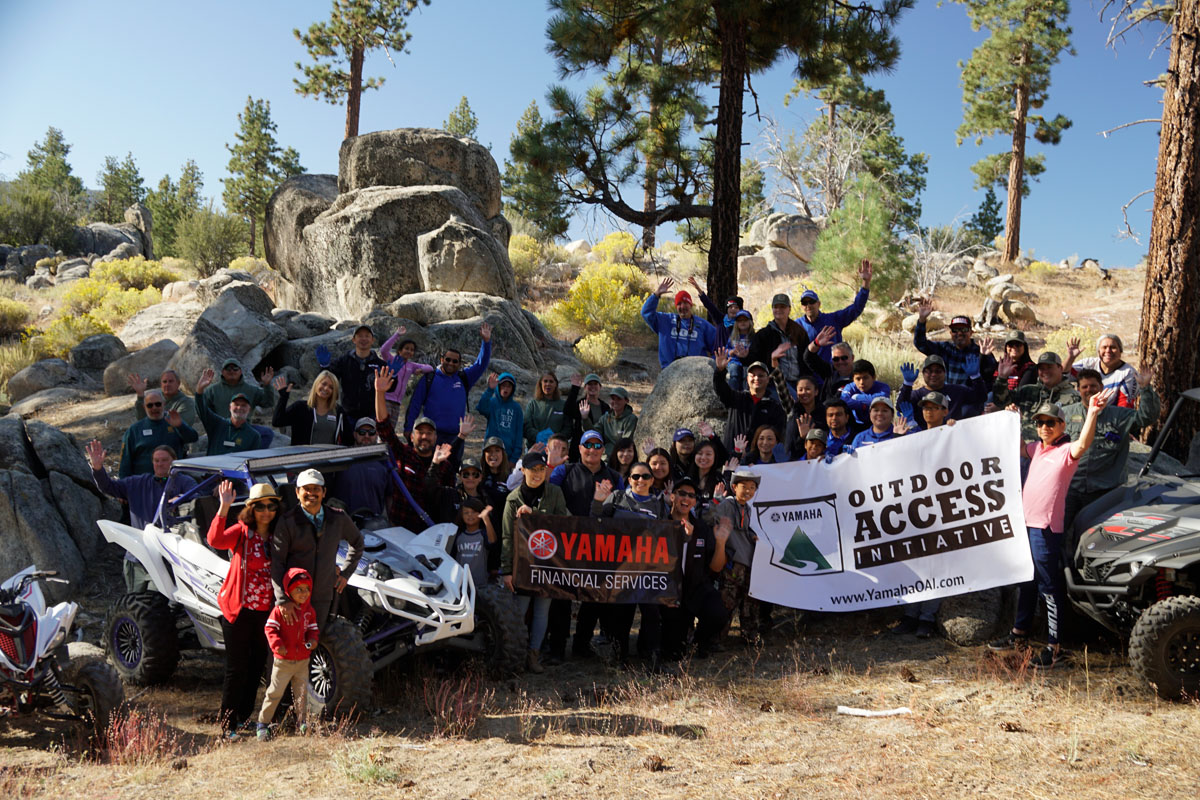 In addition to Yamaha’s employee volunteer events, Yamaha OAI contributed nearly $4 million in funding and equipment to more than 300 deserving grant recipients across the country over the past 11 years and has pledged $500,000 to support projects in 2019. Yamaha continues to seek OAI grant recipients for projects from ATV, Side-by-Side, motorcycle, snowmobile, and outdoor enthusiasts and associations – all of whom share the common need for land access to enjoy their lifestyle. For more information on Yamaha’s OAI program, visit YamahaOAI.com. 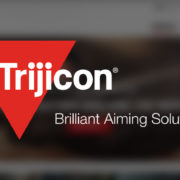 Trijicon®, Inc., a global provider of innovative aiming solutions for the hunting, shooting, military and law enforcement markets has dramatically redesigned its website to better serve the needs of the entire shooting community. Improved navigation, more detailed product specification information and interactive tools help users determine specific product options based on their individual requirements for a wide range of applications.

“Interaction and functionality were our key focus points when designing the new Trijicon website,” said Chuck Wahr, Global Vice President, Sales, and Marketing. “We wanted to develop a single, service-oriented destination for our dealers while providing a true community atmosphere for everyone.”

Trijicon.com also focuses on education and overall brand experience for the consumer. Optimized search functions along with product selection and comparison tools make it easy to find the perfect aiming solution regardless of firearm platform or end-use. Team Trijicon community pages and integrated social feeds allow consumers and dealers to stay current with tips, tactics and all things Trijicon.

Podium-Proven YXZ1000R and YFZ450R Claim Victory Across the Nation 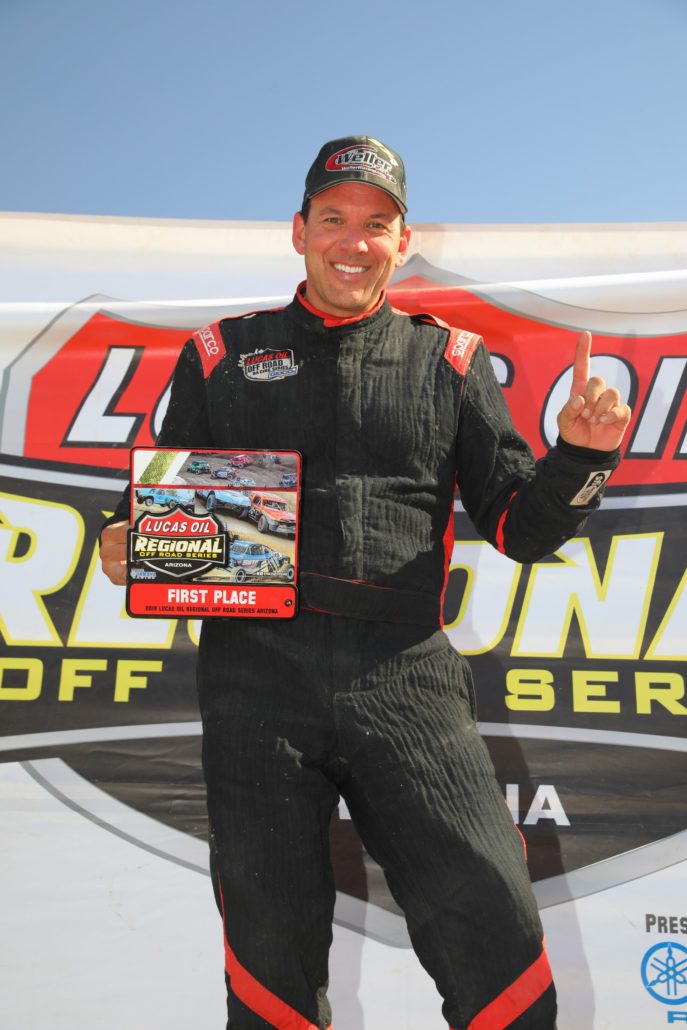 With Yamaha as the presenting sponsor of the Pro Stock class in the world-debut Chasing the Triple series by SXS Sports, featuring ice, short course, and cross-country SxS racing, the YXZ1000R was the official pace vehicle for the year and continued to lead the way in the Pro Stock and Sportsman SxS classes. In Pro Stock, Scott Wasz took the number one plate with his Dirt Syndicates / Yamaha YXZ1000R, followed by Rodney Van Eperen in his Powersports 1 / Yamalube / GYTR / Beyond Redline / Bayland Building / Yamaha YXZ1000R. For the Sportsman class, the podium-proven YXZ1000R was the vehicle of choice by 24 of the 30 racers, additionally taking the top 11 spots.

In support of GNCC’s annual breast cancer awareness and fundraising efforts at the Ironman round in Indiana, Yamaha committed $50 for each Yamaha win, and an additional $50 for each Yamaha championship claimed at the series finale. With 27 Yamaha racers claiming championships and 30 races winning with Yamaha vehicles in the weekend finale, Yamaha donated a total of $2,850 supporting local breast cancer care and research for the Montgomery County Community Foundation, FAITH Alliance Fund.

Yamaha bLU cRU ATV racers, Chad Wienen and Thomas Brown represented Team USA at the 2019 Quadcross of Nations on October 5 and 6 in Schwedt, Germany, where they won their third straight championship for the United States. Wienen and Brown also represented Yamaha earlier this year in the AMA Pro ATV MX series, where they finished the series on the podium in second and third, respectively, riding the Yamaha YFZ450R. Wienen and Brown also took first and second, respectively, in the series’ inaugural Production Stock Premier Class.

Every Yamaha SxS and full-size ATV is proudly Assembled in the USA at Yamaha’s state-of-the-art manufacturing facility in Newnan, Georgia, for worldwide distribution.