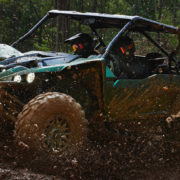 Participants of the 2019 XT-R Challenge

Yamaha welcomes its family of drivers, riders, and adventure-seekers – from extreme off-roaders to weekend warriors – to come together at the XT-R Challenge for a weekend filled with action and excitement for spectators and entrants alike on fun and formidable off-road trails and obstacles. Attendance for participants includes riding on Loretta Lynn Off-Road Park’s exclusive and private trail system with tailormade trail features, creating unique off-road challenges for various skill levels. The weekend-long event has onsite RV and primitive camping options, along with daily and nightly entertainment hosted by Yamaha.

“The XT-R Challenge is a great way for Yamaha owners to put the Proven Off-Road promise of their Side-by-Side or ATV vehicles to the test on trails and obstacles specifically intended to challenge Wolverine, YXZ, and Grizzly models,” said Steve Nessl, Yamaha’s Motorsports group marketing manager. “With the all-new Wolverine RMAX 1000 in the lineup offering next-level class-leading capability and power, we’re super excited to see what proud Yamaha owners can do in them. It is the perfect opportunity realize your adventure and enjoy this once-a-year get-together with the Yamaha off-roading family.” 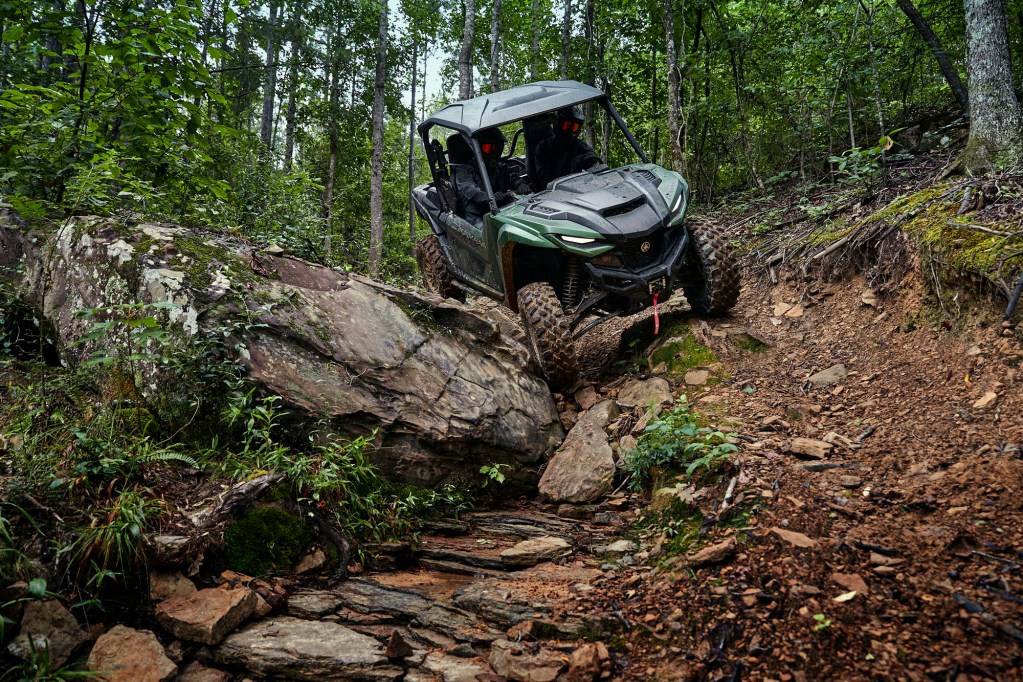 The XT-R Challenge, now in its third year, features an off-road course with varying natural terrains and man-made obstacles specifically designed to put participants and their Proven Off-Road Yamaha Wolverine, YXZ1000R, and Grizzly vehicles to the test. New for 2021, Yamaha has a 1,000cc class specifically for Wolverine RMAX 1000 and YXZ1000R owners, featuring all-new challenges and obstacles to highlight their unmatched power, performance, and off-road prowess. Riders, drivers, and spectators who attended previous XT-R events can expect to, once again, be thoroughly challenged with new obstacles, trails, and activities for the whole family, such as demo rides, music, games, giveaways, workshops, and more. 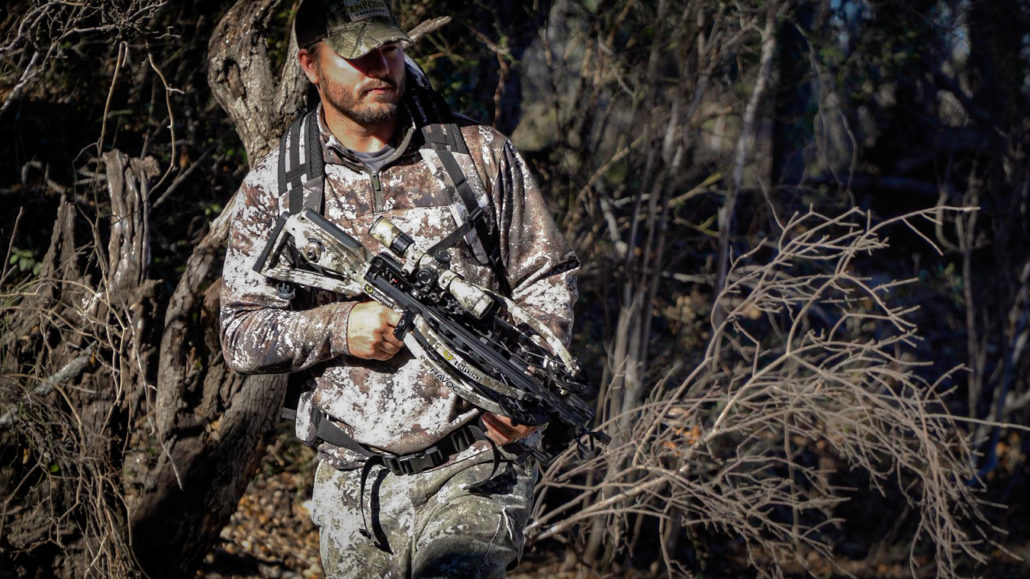 “The Havoc is the most comfortable compact crossbow on the market. Period.,” said TenPoint CEO Rick Bednar. “When we launched a compact bow project, we wanted to create a bow that felt good to shooters of all sizes, while implementing our reverse draw technology that allows us to deliver unmatched speed, power, and accuracy. Shoulder it and shoot it – you’ll understand why it redefines the compact crossbow in size, speed, comfort, and noise level.” 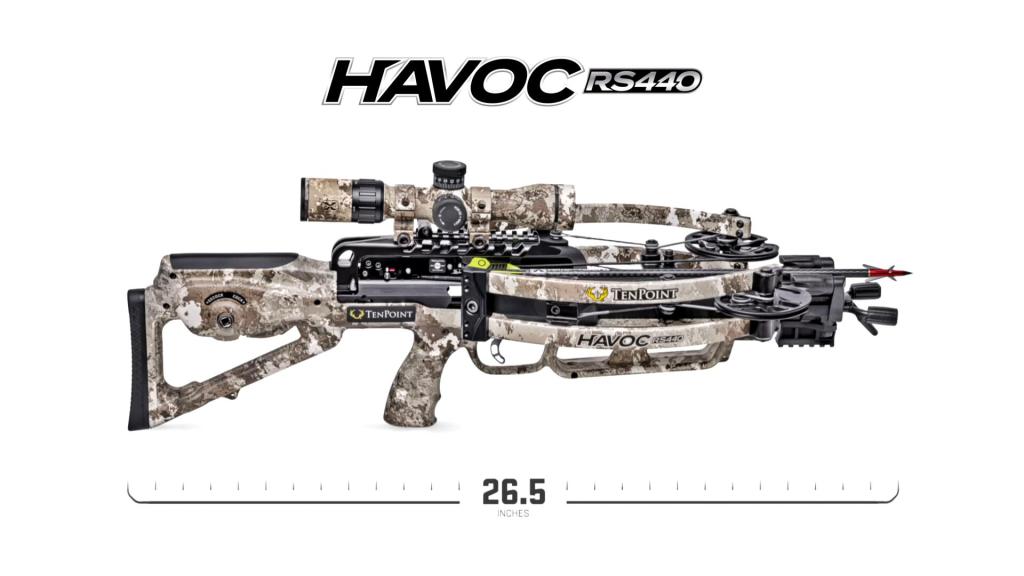 The Havoc’s reduction in length to just 26.5” overall is accomplished with the development of TenPoint’s NEW 16-inch -MICRO-TRAC™ barrel and NEW ultra-light, two-piece TECH-TACTICAL™ stock. The fluted aluminum barrel also reduces the flight deck surface by an incredible 50%, increasing accuracy and ensuring the longest string life in the industry, while the new stock features a tactical styled butt stock, as well as a hollow pocket that houses the ACUslide cocking and de-cocking system. In addition, the stock’s butt plate adjusts 1” to provide all shooters the ideal fit and combines with the NEW EVO-X Marksman Elite Precision Scope to yield perfect eye level alignment. 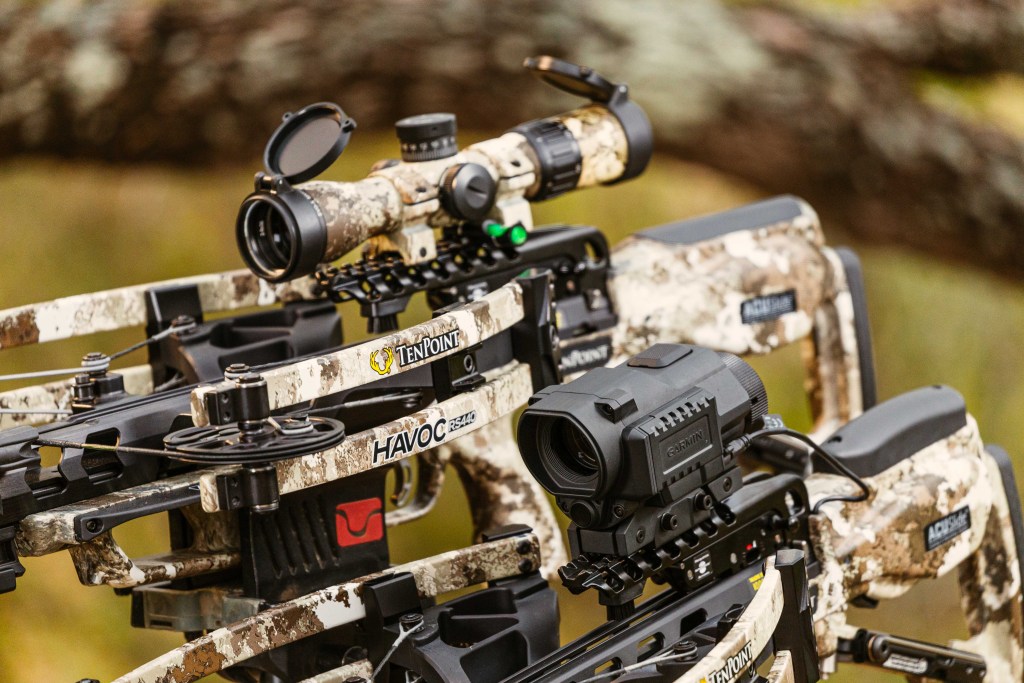 The EVO-X Marksman Elite Scope (top) features a variable speed and arrow drop-compensation setting for crossbows that shoot between 300 and 500 FPS.

The NEW EVO-X Marksman Elite Scope, included in the bow package, features a 2-8X, capable of precision downrange accuracy out to 100 yards.  The variable speed design is compatible with crossbows shooting up to 500 FPS, the Marksman Elite scope features external Target Turrets for easy adjustment to windage and elevation  (one click represents ½” MOA at 100 yards) for unmatched long-range accuracy. The Havoc is also available with the NEW Garmin Xero® X1i Crossbow Scope. 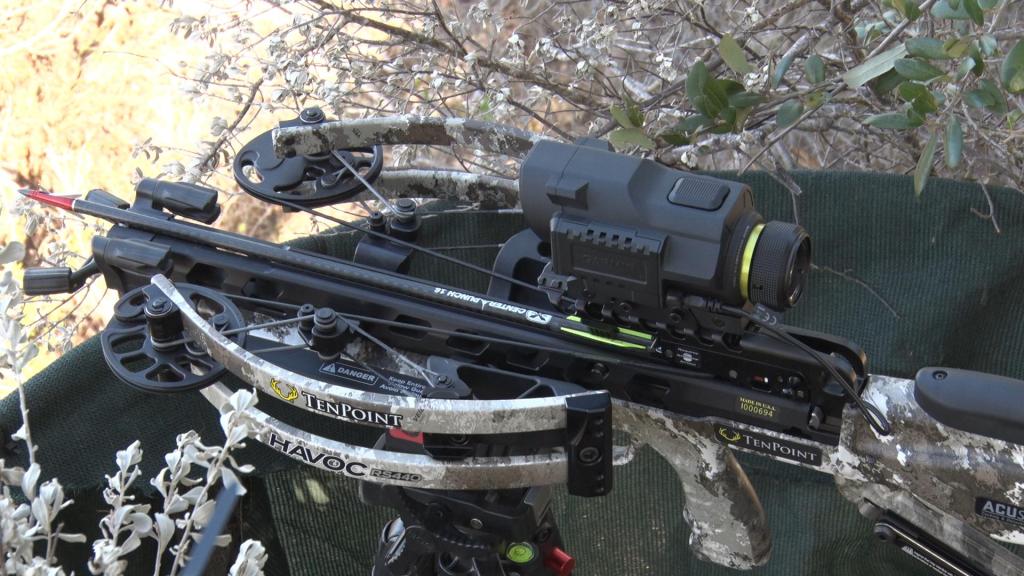 The Havoc features a patented reverse draw bow assembly that draws the string through the riser, creating a 14-inch power stroke.  The increased power stroke generates more speed with less draw weight – creating a smoother, quieter shot. The elongated power stroke also keeps the arrow nock engaged with the string before release – this is a critical component in performance, as the longer the nock remains engaged with the string, the more accurate the crossbow will shoot.  In addition, this center-mounted riser provides superior balance, eliminating the “nose heavy” feel of traditional crossbows and making it easier to hold steady, increasing the shooters accuracy.

The RX7-Cam™ system rotates an incredible 360-degrees to produce speeds of 440 feet-per-second with a 400-grain arrow. The crossbow’s revolutionary Vector-Quad™ cable technology utilizes four cables instead of the traditional two which eliminates cam lean and generates straight-nock travel leading to same-hole downrange accuracy.

The ACUslide, the talk of the 2020 crossbow market, features the company’s groundbreaking Auto-Brake Gear System, which allows for silent cocking and safe and controlled de-cocking of the crossbow.  The Auto-Brake Gear System eliminates the potential of losing control which can lead to injury or costly bow damage during the cocking or de-cocking process. While cocking and de-cocking with the ACUslide, the user can remove their hand from the handle at any point, with no other action required – and the handle will stop in place. The 6-inch XTEND Adjustable Crank Handle reduces cocking effort to 5-pounds and stores securely into the butt-stock. 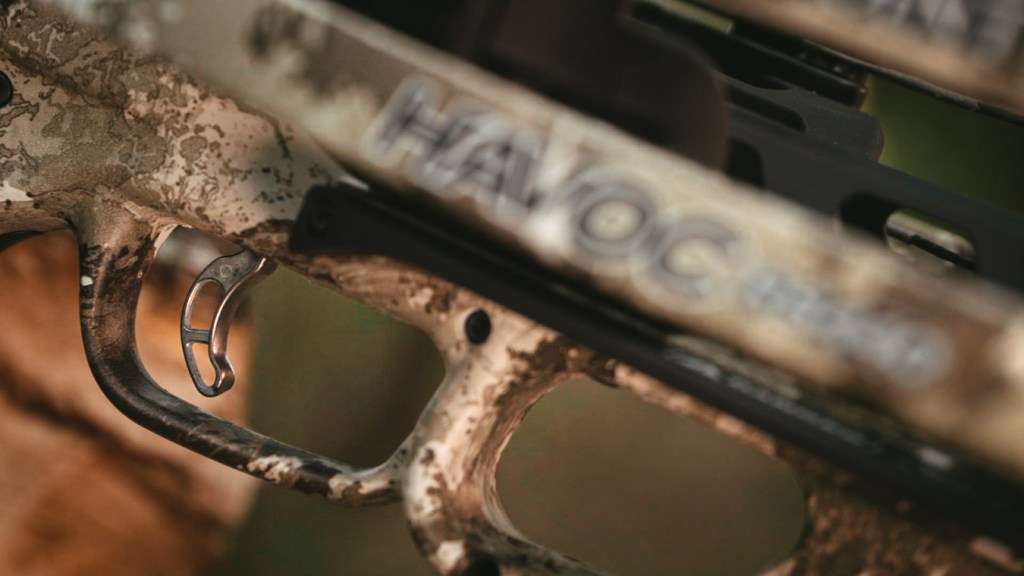 The Havoc RS440 features the company’s S1 trigger.  This 2-stage, zero-creep design features an advanced roller-sear system that delivers a consistent crisp, 3.5-pound pull. The trigger is equipped with a DFI™ (Dry-Fire-Inhibitor) and is fitted with a nylon-filament arrow retention brush that improves arrow grip and alignment to reduce noise and vibration. An integrated string stop system is also included to further reduce noise and vibration.

The crossbow weighs just 7.5-pounds (w/o accessories), measures only 26.5-inches (w/o stirrup) in length and shoots up to a supercharged 440 feet-per-second with a 400-grain arrow.

The Havoc RS440 comes with the new EVO-X CenterPunch 16 carbon arrows.  The ultra-accurate 16’ arrows weigh 400-grains and feature 17.5% FOC.  Each arrow is inspected for straightness to within .001-inch and each package is weight matched to within 1-grain per arrow.